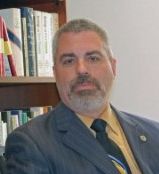 Dr. James B. Ellsworth joined the faculty of the U.S. Naval War College in the summer of 2000, following a variety of assignments in Armor and Intelligence education and training. He completed cadet training with the Civil Air Patrol (USAF Auxiliary), earning the rank of cadet colonel, and he is a distinguished graduate of the Army’s Military Intelligence Officer Advanced Course and the Navy’s College of Naval Warfare. He holds a bachelor’s degree from Clarkson University, a master’s from the Naval War College, and master’s and doctoral degrees from Syracuse University. His specialties include Military Intelligence, Information Operations and Defense Transformation, and he teaches the resident elective on the Future of Armed Conflict.

Chapters by James B. Ellsworth

A Survey of Educational Change Models